There is one constant with graduate students. They want to learn more. The classroom is one way to achieve that goal but not only. Going back to school is another step to higher learning and it may lead to other impressive endeavors. Lately I came across the story of one such student: Gautham Reddy. The young lad from India is barely 29 years old and he is already wisest than most of us. 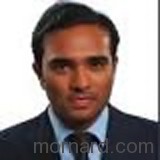 Gautham during his MBA

When he was still a boy, his father, a history teacher, impressed on him vivid images of places in the world. Gautham realized later that he needed to ‘experience’ being near those locations to understand the context and the cultures that shape the world as we know it. Reddy says he wants to know the ‘How’ and the ‘Why’. So the vector Gautham chose to come closer to his answers was to embark on an initiatory journey following ancient footsteps: The Silk Road. 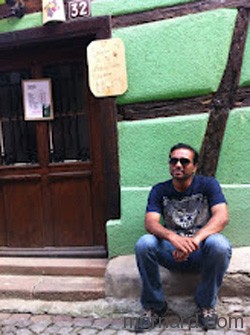 The first question that came to my mind was where an MBA student from one of the top business graduate school, HEC Paris, finds his motivation to do such a long and winding trip instead of joining a large corporation and start making big achievements? I guess it depends on how we define success and Gautham has one unique definition of his own.

Gautham Reddy relates that after his consultancy work in New York, he wanted to join an international MBA program to gain more knowledge and tools. According to him, he achieved that by getting perspective through his classmates and professors. As the program was nearing its completion, he found what his next profession would be: ‘Curious and Amazed’. And the Silk Road is a great way to start that new career.

During four long months, Gautham travelled 20,000 kilometers between Greece and China using only rudimentary means of transportation. I can not resist publishing the 8 rules Reddy wrote down on his blog. It reveals a lot about his character:

Gautham on the Great Wall

Gautham firmly believes that you must travel to really understand a culture. For example, he was amazed to discover the true nature of Iranians so totally opposite of what his preconceptions were. Iran is among his favorite places.

Gautham in a Chinese magazine

Genghis Khan, Alexander the Great, Marco Polo are among those who have been on that same road. It is no coincidence that many business books have derived strategies and ideas from these legends. Obviously, Gautham has got ahead and decided to learn firsthand. It is no surprise then when he announced that he is working on a book before he takes off to his next journey that will take him to South America on the footsteps of Che Guevara. A book I’m sure, Gautham Reddy’s teachers will read with attention and pride. A universal story for curious minds of all origins.